Print
History of the Abbey of Farfa RETE D'ITALIA 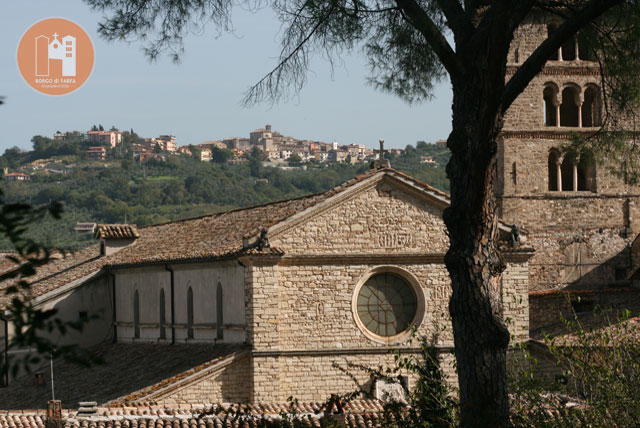 Here, within the Sabine Hills, so close to Rome, stands the historic Abbey of Farfa, immerged in a tranquil atmosphere filled with a silence which is difficult to describe…

The founding of the Abbey has been attributed to St. Lorenzo Siro, who arrived in Italy from distant Syria.

The almost certain identification of Lorenzo Siro with the Bishop of Forum Novum (Vescovio) of 554, ascertains the creation, in the Sixth century, of a center rich in faith and wealth. (Abbey site)

The first abbey had a short life: it was destroyed by the Longobardi, however was then reconstructed by Tommaso di Moriana following a vision he had, between 680 and 705in the area of the county of Fara in Sabina, in the region of Rieti. 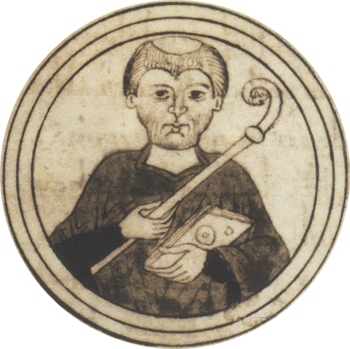 Lucerio di Moriana (in French, Lucerius de Maurienne), Benedictine monk of French origin, entered the Order at a very young age.  He was a friend and countryman of S. Tommaso di Farfa (also know as Tommaso di Moriana), and he followed him to Jerusalem, where they remained for seven years.

When Tommaso rebuilt the Abbey, Lucerio followed his friend and teacher to Farfa.

In 739, following the unexpected fall of the king of the Longobardi, Liutprando, Lucerio paid homage to the king, who happened to be in Spoleto.  He managed to obtain the reconfirmation of the privileges conceded to the abbey by the preceding dukes of Spoleto.  Lucerio was declared a martyr in 740.  In the Benedictine Annals the date of his death is noted as 24 June 739.

In the year 800, the Abbey of Farfa was declared imperial based upon its relationship of privileges and protection with the Franchi of Carlo Magno. A direct consequence of which was the release of the abbot of Farfa from the Pope of Rome.

The power of the abbot of Farfa was immense, basically comparable to that which eventually become that of the German Prince Bishops.  The Abbey of Farfa controlled 6 fortified cities, more than 130 castles, over 300 villages, and 600 churches and convents. 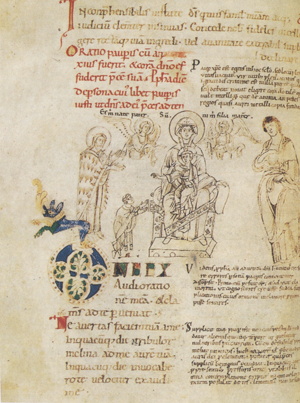 Carlo Magno stayed in Farfa before being crowned Emperor of Rome in St. Peter’s cathedral on 25 December 800.  During his rein the Abbey reached it’s maximum development.

In 891, at the time ofAbbot Pietro I, the Abbey of Farfa was attacked by the Saracens, who besieged it for 7 years. Farfa fell and the remaining monks fled, dividing themselves into three groups:  the first, under the direct guidance of the Abbott Pietro I, took refuge in the monastery of St. Ippolito and St. Giovanni in Silva, in St. Vittoria inMatenano, in the current province of Fermo.  The second group went towards Rieti, where they were massacred.  The third group fled to Rome.

After several years had passed, as soon as the Saracens had abandoned Farfa, the third group of displaced monks returned to the Abbey, unfortunately finding it in complete ruin.

Here it was that the monk Ratfredo (898-936), having become Abbott, began the reconstruction of Farfa.In 913 the church was once again consecrated and Farfa flourished for the second time. 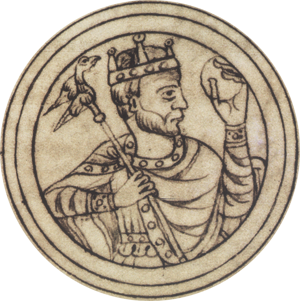 The end of the Carolingian empire then brought a period of crisis to the Abbey.  It was during the guidance of Abbott Ugo I, that the reformation born at Cluny was introduced. Once the influence of the French emperors had subsided, Farfa fell under the control of the German emperors, who continued to be a real thorn in the side of the papacy of Rome.

In the period of the “battles of investiture” Farfa sided with Emperor Enrico IV, against Pope Gregorio VII.

In the beginning of 1100, the possessions of the Abbey of Farfa reached their maximum expansion.

In Emperor Enrico IV’s imperial paper, listed as possessions of the Abbey of Farfa are the following:  in Rome, Palazzo Madama and the church of St. Eustachio; in the region of Lazio, the cities of Viterbo, Orte, Tarquinia, Tivoli, the port and half of the city of Civitavecchia; in the region of Umbria, Perugia, Terni, Assisi, Narni, Spoleto and Todi; in the region of Toscana, Pisa and Siena; in the region of the March, Ascoli, Camerino, Fermo, Senigallia and Osimo; in the region of Abruzzo, Chieti, part of the territory of Aquila (excluding the city) and finally, all of Molise.

Almost all of central Italy was under the power of the Abbot of Farfa, which virtually encircled the Papacy.

On 23 September 1122, the Concordat of Worms, which was stipulated between Emperor Enrico V and Pope Callisto II, put to an end the autonomy of the Abbey of Farfa from the Papacy.

The first Abbot assigned by the Pope was Abbot Adenolfo in 1125.

The end of the autonomy marked the beginning of a long period of decadence, which continued until 1400, when Pope Bonifacio IX transformed the Abbey of Farfa in “Commendam.”

As opposed, however, to other cases (such as San Galgano in primis) being turned into a Commendam did not further impoverish the Abbey; to the contrary, under the Commendam of the Orsini, the church of the abbey underwent a profound transformation.   In actual fact, the original structure (whose entrance was where you find the information office today), was turned around clockwise and enriched with numerous renaissance frescos, among which a beautiful Last Judgment.  History tells us that the “new” church was consecrated in 1496. 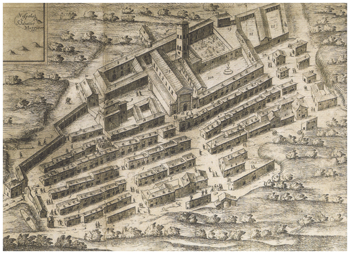 What followed was a period of tranquility of about three hundred years, until the arrival of Napoleon in Italy in 1798.  Thisgave rise to a series of raids to which the abbey did not remain immune.  In 1841 the Commendam was suppressed.

In 1861, with the Italian unity, the entire monastery and its properties were confiscated by the Regno d’Italia, and the members of the small monastic community, which had survived until then, were dispersed among other monasteries.

In 1919, the Benedictine monks of the CassineseCongregation rebuilt the monastic community, transferring to it some of the monks from the Abbey of San Paolo “outside the walls” of Rome, a community that to this day manages the Abbey.

In 1928, the Abbey was declared a national monument due to the architectural and artistic beauty of the monastery and the basilica.  These are testimony of an ancient history among periods of great splendor and periods of decadence or actual destruction and dispersion, always followed by rebirths and reconstructions, so much so that still today the abbey and it’s village are a center of culture and spirituality.

There have been many visits by kings, emperors and Popes up to that of Pope John Paul II, which took place on 19 march 1993.

[The sources, obtained from the web and only partially verified, are, as usual, subject to a continuous critical analysis. Should anyone wish to indicate inaccuracies or to integrate our information, please inform us in writing at This email address is being protected from spambots. You need JavaScript enabled to view it.. Thank you!
[The images are obtained from the volume "Abbey of Farfa" by the Benedictine Fathers]